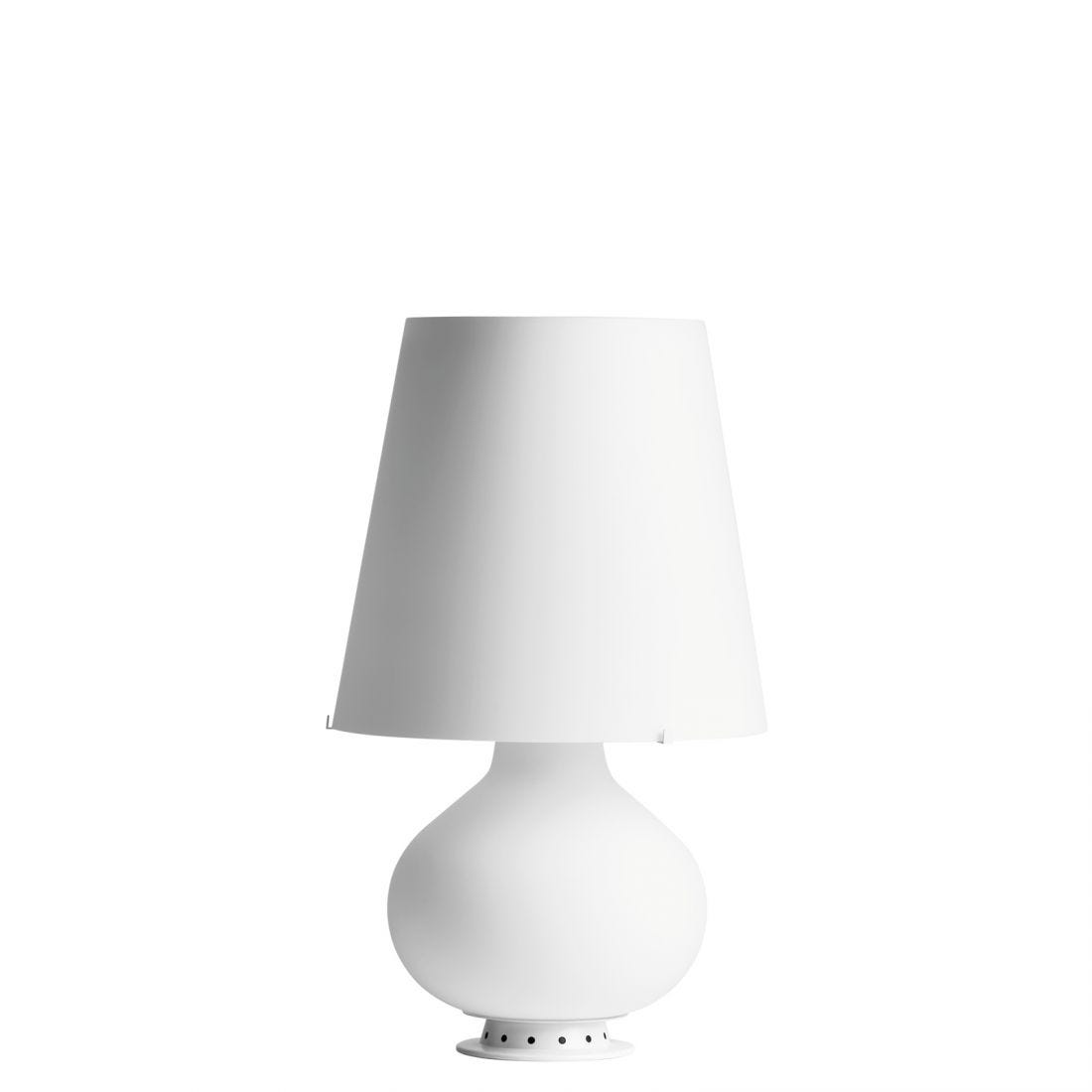 Designed in 1954 by the famous French Master glassmaker and decorator Max Ingrand, this lamp was originally named 1853 and, at a later time, Fontana, in homage to the company of which the Master was Artistic Director for a decade. For design enthusiasts and connoisseurs of the brand’s history, 1853 still remains as a sort of nickname.The first symbol of timeless object of design, still today best seller and evergreen design icon, Fontana is the abat-jour par excellence. The peculiarity of Fontana is its multiple light sources: both the base and the lampshade contain one or more. The larger version also allows indirect lighting, thanks to an additional source that projects a beam of indirect light upwards. The differentiated light sources make it possible to satisfy different lighting needs: from a soft, relaxing glow to a sharp beam for reading to suggestive ambient light. Available also with Led light sources. A fabulous lamp in frosted white blown glass, already riedited in a total black variant, it is now proposed in a colored and brand new version - light grey and purple amethyst - to reinforce the contemporaneity of the project. “Light and colour are centrainly the most specific elements in nature. With them we have RELIEF, MOTION, LIFE” stated Max Ingrand. “Actually the history of architecture tells us what was the role of illuminated, opaque, translucent colour in interior and exterior architecture (…)Light was no longer just a means to breathe life into colour but became a means to breathe life into an entire architecture.”
Technical data PDF

Table lamp with diffused/indirect light, not dimmable, with triple light controls. The triple light control allows to illuminate the base, the top and bottom separately. Painted metal frame. Diffuser and base made of satined blown glass. Black power cable, plug and switch. European two-pole plug. Bulb not included.

A famous French master glass worker and decorator, he was artistic director of FontanaArte for one decade, starting from 1954. During that time, he came up with true design classics, such as the Fontana table lamp, still one of the best selling products for the company that bears its name.Having studied at the school of Fine Arts in Paris, he specialised in the decorative Arts, under the guidance of...