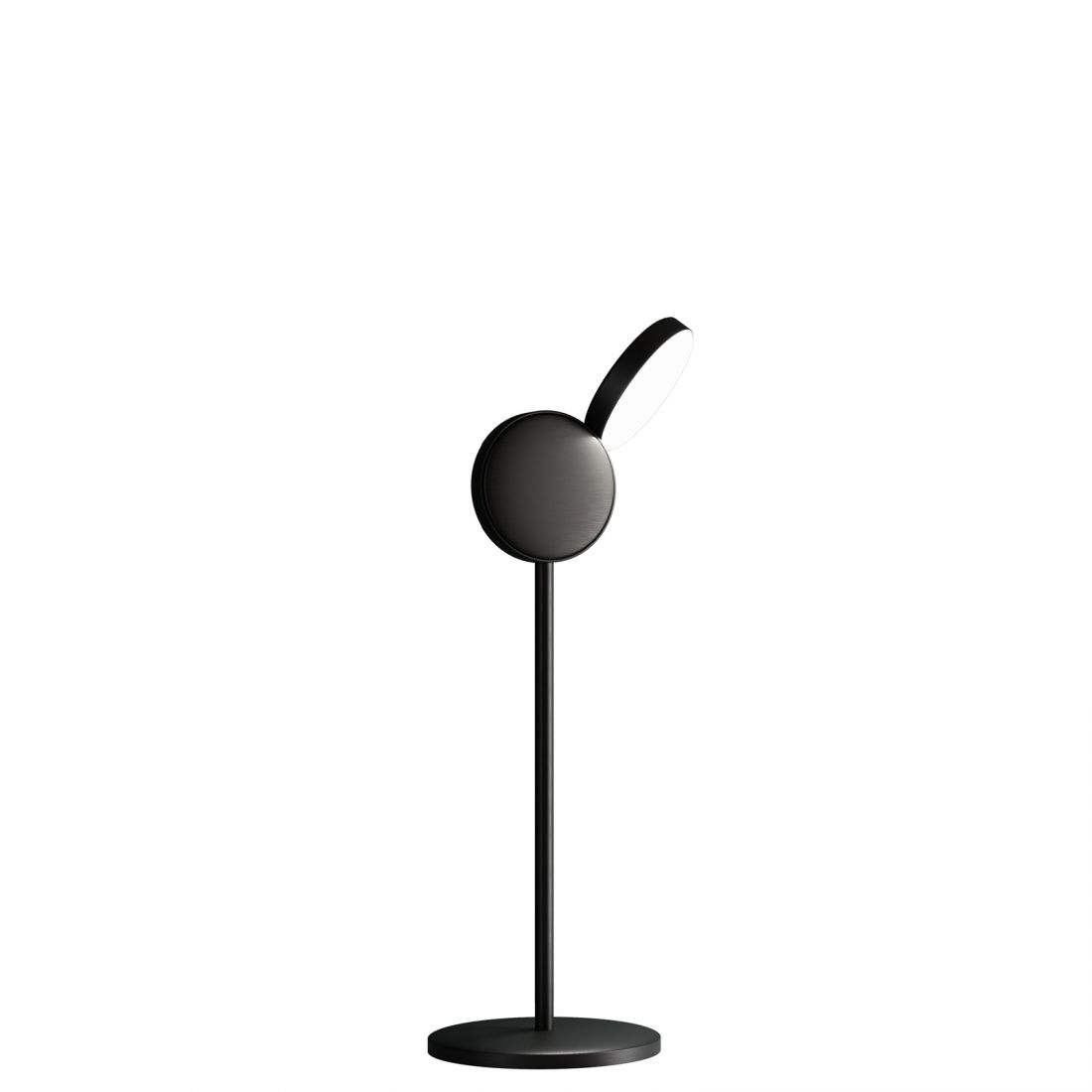 Optunia is a family of lighting elements that comes in four variants for tabletop (with or without stem), floor, wall and ceiling. Its functionality lies in the possibility of rotating the two discs that make up the nearly 360-degree head, opening up an extraordinary number of lighting combinations. The bottom disc rotates on one axis, while the upper disc simultaneously rotates on a second axis, perpendicular to the first. This double movement gives Optunia to the advantages of both direct and indirect light emission, which exploits the surface of the wall or ceiling to produce a soft light. Complementing its functionality is a design reminiscent of a form found in nature: the two discs resemble the pads of the prickly pear, Opuntia ficus indica, from which the lamp takes its name. A family of exceptional technical sophistication, whose form is further emphasized by its colors: opaque white, bold and clean; dark mirrored chrome, which recalls the preciousness of metal; a darker shade resembling onyx; and quartz, whose color shifts from dark brown to black.
Technical data PDF